While 2011 has undoubtedly been in NuSchoolDesign.ca’s "character", let me say thank you all for following …. about talented Greenland, about talented Arctic, graffiti, design, urbanity etc.

2012 will undoubtedly be in Greenland Eyes IFF’s charater – IFF as in International Film Festival – taking place in BERLIN. For further info go to www.greenlandeyes.com

... Among others, the festival will screen (only for the second time in Germany) the first international Greenlandic feature film Nuumioq (2009), the international or German premieres of the first Greenlandic feature film Tikeq, Qiterleq, Mikileraq, Eqeqqoq, a low budget production from 2008, and the most popular film in Greenland ever, Qaqqat Alanngui (2010), and the award winning short film Echoes (2010) about the remains of the cold war in East Greenland. 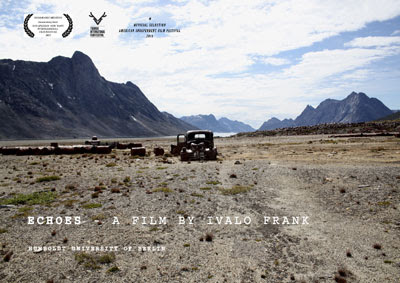 INTERVIEW WITH IVALO FRANK RE: GREENLAND EYES IN WORKS

Posted by Jakub Christensen M, PhD at 6:04 AM No comments:

"Each One Teach One" Inuit youth speak up

THIS IS BLUEPRINT FOR LIFE - www.blueprintforlife.ca

From Kuujjuaq - Nunavik
Posted by Jakub Christensen M, PhD at 5:05 PM No comments:

Accidentally, but very happy to know - just learned about OEPS visit to Nuuk. Visit their photostream on http://www.flickr.com/photos/oepscrew/6023117550/in/photostream
Posted by Jakub Christensen M, PhD at 5:29 AM No comments: